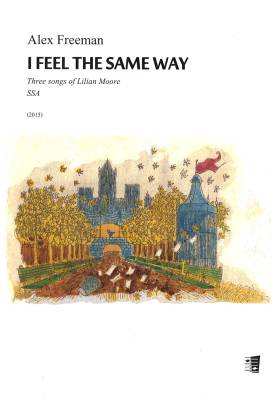 Alex Freeman's I Feel the Same Way, Three songs of Lilian Moore (2015) for children's chorus (SSA) captures little moments of childhood wonder. Lilian Moore (1909-2004) was a poet and editor, who helped make children's books more affordable and worked to combat racial stereotypes in children's literature. In the printed collection, the ambiance of each poem is enhanced by the artwork of Robert Quackenbush. His illustrations for each of the poems that Freeman has set to music here are reproduced within this score with the aim of transporting young singers into the micro universes of Moore's poems.