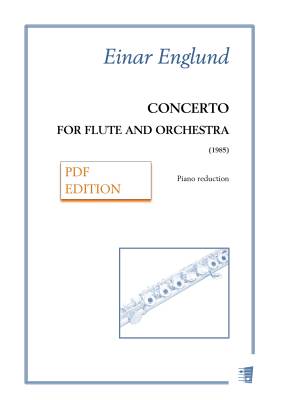 This product includes the solo flute part and the piano reduction (PDF). The orchestral study score (composer's manuscript) is available for sale (product number 9790550117471). The performance material is available for hire from the publisher.