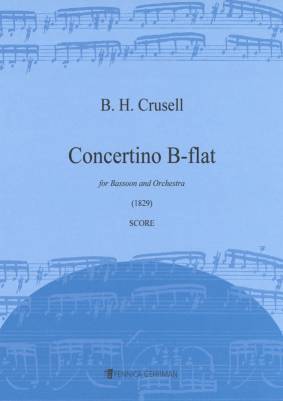 Bernhard Henrik Crusell (1775-1838) is the best-known Finnish composer of the Classical period. He lived in Stocholm from 1791 onwards and played the clarinet at the Hovkapellet court orchestra. He also gained reputation as a soloist. He wrote a considerable amount of chamber music especially for his own instrument.

Available first time as a new, engraved score, the Concertino for solo bassoon and orchestra show the skills that made Crusell one of the best-known composers in the early 19th century.