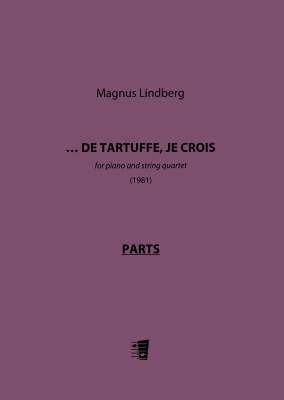 This work for piano quintet dating from 1981 was one of Magnus Lindberg's early successess. It won the Unesco Composer Rostrum in Paris the following year. The work is largely based on incidental music that Lindberg wrote for a production of Mikhail Bulgagov's play Molière. It is partly for this reason that the music contains originally embedded references to the music of Rameau and Lully. "...de Tartuffe, je crois" is an intensive work that proceeds with abrupt transitions from one event to the next. The music is enhanced with text spoken by the instrumentalists in the middle of the work.