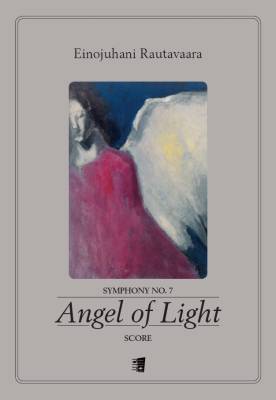 Einojuhani Rautavaara (1928-2016) was one of Finland's internationally most successful composers. He made his major breakthrough with the Symphony No. 7, Angel of Light, in the 1990s, but his output includes numerous classic operas, concertos, chamber music and choral works.

Over his extensive career, he progressed from Neo-Classicism to strict dodecaphony to free-tonal Neo-Romanticism, combining modernism with mystical romanticism in his later works. According to the composer, the role of the composer is to be mediator, a midwife, who helps the music become alive on its own terms; “Listen to what the music wants to tell you”, he told his composition students, “sense where it wants to go”.

To mark the 25th anniversary of the work's premiere - in its original form as the Bloomington Symphony - by the Bloomington Symphony Orchestra and conductor David Pickett, Fennica Gehrman is publishing an entirely new edition of the symphony based on all available sources, including the composer's manuscript and his markings in various printed scores.

This is a large-sized conductor score with extensive analysis of the work and its genesis.