Canon for violin and cello 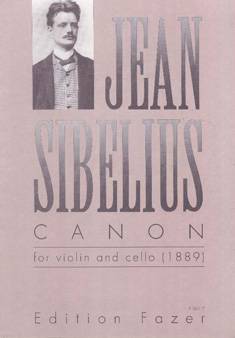 According to the date given on the manuscript, the Canon was completed on 13.6.1889. The choice of instruments suggests that Sibelius wrote the piece to be played by himself and his brother Christian, who played the cello. The manuscript contains no markings that indicate that it was played in public, and therefore it seems likely that the performance at the Kuhmo Festival in summer 1994 was the work's premiere.