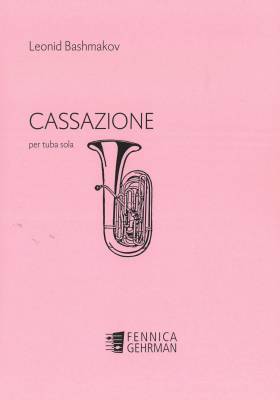 Leonid Bashmakov's (1927-2016) Cassazione for tuba solo was premiered at the National Brass Competition, Helsinki in 1976. Have a look inside by clicking "sample".

Bashmakov's stylistic roots are in the Neo-Classicism of the 1950s, which his dodecaphonic transition period distilled and concentrated into his later highly expressive free-tonal style. Bashmakov is occupied above all with absolute music - symphonies, concertos and chamber music - although he has also written a number of extensive vocal works, most significantly the Requiem (1988) for soloists, choir and orchestra.