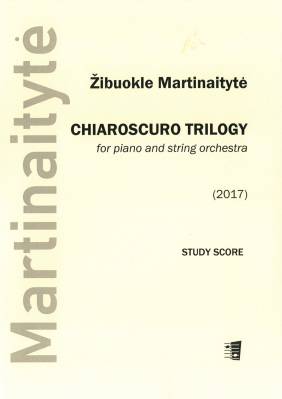 The composer writes: "Mostly used in the context of visual art, chiaroscuro (it. chiaro - light, scuro- dark) is a word that encompasses both - darkness and light and thus profoundly reflects the very essence of our existence. Visual artists throughout the ages were fascinated by light, which can only be made visible through a violent contrast. In this piece I was exploring darkness and light through sounds in varied proportions and their relation to one another. Every part of the trilogy focuses on a particular aspect of this relationship, encompassing a large scale of gradations from the light of darkness to the darkness of light. The in-between states of shadows are created through a timbral use of string instruments woven into a textural density of micro-gestural movements. In Part I "Tunnel" both states of light are clearly juxtaposed with a subtle gradual transition from darkness into a stark light. Part II "Meteors" resides entirely in the dark with randomly illuminating streaks of light. Part III "Darkness of Light" brings us to the presence of light with ever-present shadows of darkness."