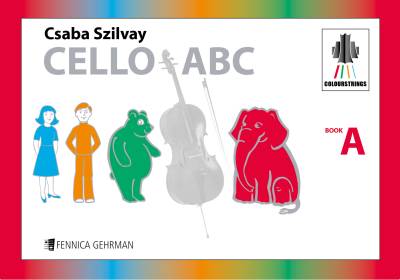 The delightful Colourstrings® method changes learning to playful activity with astonishing results. The Cello ABC aims at providing a learning environment which takes into consideration the child's own development and nurtures a sympathetic and responsive attitude to music.