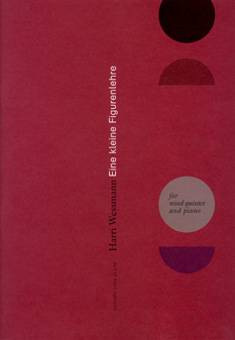 Eine kleine Figurenlehre was commissioned by the Stuttgarter Bläserquintett and premiered in Jyväskylä, Finland in 1991. The work is a playful application in a 20th century context of a set of baroque musical figures, originally presented in the writings of the 17th century German theorists Joachim Burmeister, Caspar Printz and Christoph Bernhard.