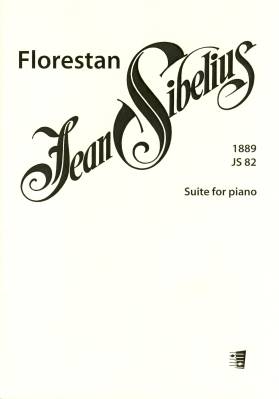 A piano suite n four movements written by Sibelius in his youth in 1889, accompanied by a descriptive text by the composer himself. It is thus programmatic, but the texts are not necessarily intended to be read during the performance. Rather, they provide an indication of how the work should be interpreted. It tells the story of a fairytale character called Florestan and his encounter with water nymphs. Sibelius dedicated the suite to a friend from his youth, the director Adolf Paul. This is the first publication of Florestan and it uses as its source the manuscript in the Sibelius Museum in Turku. Appended are the original texts in Swedish with translations in Finnish and English.