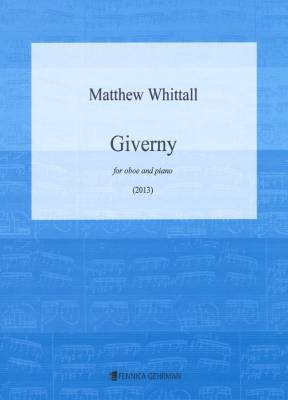 The work is a kind of garden of the mind, through which the oboe charts its wayward, introspective course. Giverny is divided into two roughly equal parts, visitable in either order, with neither accorded any special structural emphasis or dramatic weight. The upper garden is whimsical and free, flitting from one idea to the next, reflecting the riot of color and proliferating sightlines of Monets flowerbeds, the multitude of ideas in the piano part bound together by the oboes wandering lyrical line. The water garden offers a still tableau in which the sound is more monochromatic, the meditative green-on-green world of Monets lily pond shot through only occasionally by a streak of contrasting color or sudden motion.
Giverny was commissioned by the Crusell Music Festival in Uusikaupunki, Finland, for its 2014 oboe competition.