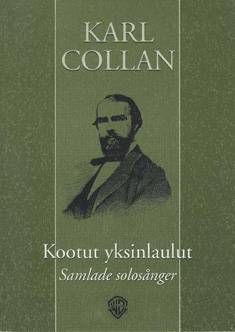 This revised edition includes songs by Collan previously published in two separate volumes. Karl Collan (1828-1871) was the most popular 19th century Finnish song composer, whose songs fall into the romantic school of his time with traces of Italian motifs and true bel canto. The vitality of his music is based on the loftiness of the melody and the stirring drive of the rhythm. The songs by Collan clearly reflect the influence of the great European Lied composers in both the handling of the text and the construction of the piano part.