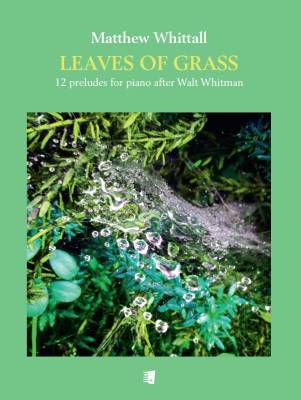 Leaves of grass by Matthew Whittall is a major addition to the contemporary piano literature. The 12 preludes explore a wide range of styles, sonoroties and pianistic challenges.

Inspired by Walt Whitman's verses, the preludes are not programmatic in nature, but rather Whittall's personal distillations of the atmosphere of each poem. "Although some hew quite closely to the poetry that gave rise to them, more often than not it was a few words, the rhythm of a phrase, or a single, iconic image that proved to be the catalyst for each piece", says the composer.

Leaves of grass is organized into three books, each containing four preludes. The preludes are ordered to produce both a sense of variety and dramatic flow within each group of four, as well as a broad, three-part structure from beginning to end. The entire suite can be performed as a grand, one-hour work, individual books or preludes can be performed on their own, or the performer may arrange their own selections.