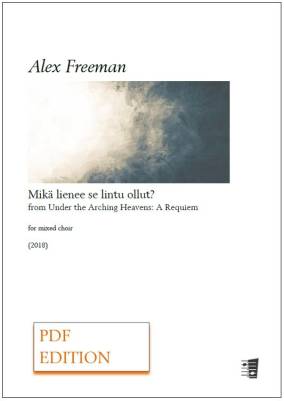 The fifth movement of Alex Freeman's Under the arching heavens: A Requiem (2018), Mikä lienee se lintu ollut? (SSSSAAAATTTTBBBB) is composed to text in Finnish by Viljo Kajava.