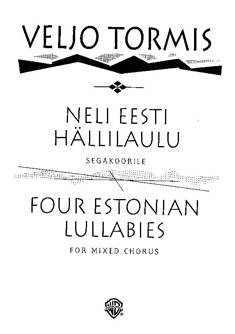 The present arrangements for traditional SATB mixed choir cannot be treated as a whole. They should rather be taken as single examples of old Estonian lullabies. The source material derives from the anthology "Estonian Folk Songs with Melodies III" compiled by Herbert Tampere. North-Estonian "runo" tunes dominate this cycle. The South-Estonian cantilena is presented only in the Song No. 2, and only as a mere one-phrase melody.