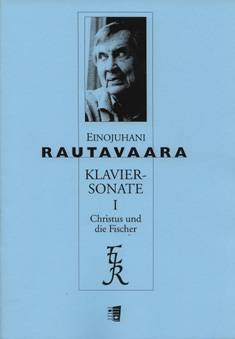 Rautavaara's two piano sonatas share a close family resemblance. Both have a subtitle, but according to the composer they are not programme music. The First, titled 'Christus und die Fischer' (The Christ and the Fisherman, 1969) was named after a copy of a 19th-century German painting that hung on the wall of the composer's study. Rautavaara's piano style is at its most sumptuous in the sonatas. It is characterized by chorale-like chord textures and rolling arpeggios, based on rich harmonies often built up of thirds; in the climaxes the music is crammed into dense clusters.