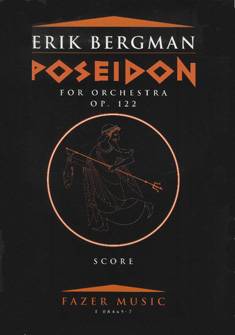 In Poseidon, commissioned by the National Symphony Orchestra of Washington and Mstislav Rostropovich, Bergman turns to the Greek god of the sea and lord of the earthquake as a symbol for primaeval power and the wellspring of creativity. In the ocean depths - the subconscious - power stirs and rises to the threshold of consciousness. It projects itself into the second movement's eruption of energy, after which follows recovery and calm. Composed in 1992.