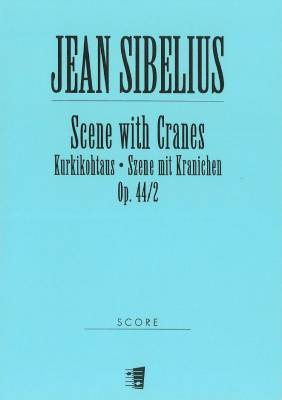 This beautiful work for 2 clarinets, timpani and strings was written for Arvid Järnefelt's play 'Kuolema" (The Death). The play became notable for its incidental music: a group of six compositions created by the author's brother-in-law, Jean Sibelius. The most famous selection is the opening number, Valse triste. In 1906 Sibelius revised Nos. 3 and 4 from the incidental music and combined them under the title "Scene with Cranes". In the play a flock of cranes flies overhead at that point, one of which separates from the group, carrying an infant to a young couple.