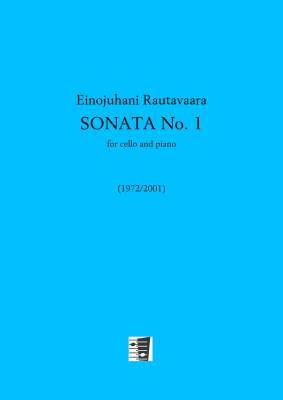 The composer tells (2001): "Pianist Martti Rautio called me at the beginning of the year 2001, and told to my surprise that he has found among the notes of his cellist father Erkki a sonata by me and also asked the permission to perform it. I had totally forgot that I began to compose that one-movement sonata in 1972. It was never completed because I used the material of the beginning and the end in other works which I was then completing in a hurry.

I looked the work through, and realised that the musical language was still mine, like a text written just yesterday and that now, after three decades, I could work out the variation sequence in the middle of the sonata - it seemed to have been left incomplete.

The work begins with silent biharmonic chords by piano. The cello joins with a cantabile gesture. Music develops more passionate. Then follows a poetic middle section, a dialogue between cello and piano. Again music changes more energetic culminating in a dramatic allegro section. It finally gives way to the cantabile motif of the beginning of the work. The biharmonic chordal motif by piano carries the cello's vanishing tremolo runs."