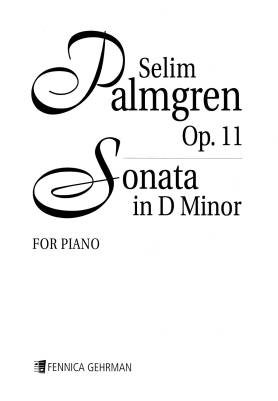 Selim Palmgren's music for the piano is distinguished by a real insight of the instrument, a remarkable faculty for suggesting definite and widely contrasted moods and an agreeably proportionate mixture of melodic, harmonic and rhythmic invention. His five piano concertos are in the tradition of Liszt and Rachmaninoff, and the second, Virta (‘The River', 1913), became an international success following its performance in Berlin by Ignacy Friedman under the composer's baton. Palmgren's gift in catching the essence of an impression is displayed at its best in character pieces, such as the 24 Preludes for Piano dating from 1907. In addition to piano music, Palmgren wrote a large number of choral music, sometimes with a strong national flavor.