Sonata for Violin and Piano in F Major 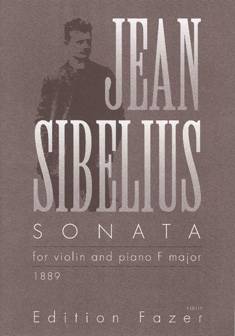 The F major sonata is the last and the most developed of all the works Sibelius wrote during his youth for his own instrument, the violin. It was completed in the summer of 1889 in Loviisa and premiered there the same year at a charity gala. During his youth Sibelius looked to the music of Grieg, which is clearly to be heard in this work - not only in the melodies or harmonies but also in the formal structure, which is more romantically oriented than that of many early works from Sibelius's youth, which are more closely tied to the classical tradition. In the andante Sibelius introduces aspects of folk music for the first time, thereby anticipating the Finnish stamp of many of his pieces from the 1890's.