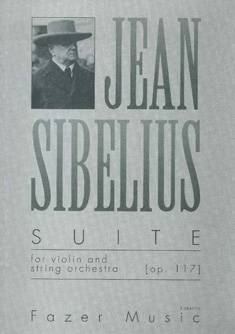 This suite is one of Sibelius' last works, written in 1928-29 shortly after the completion of Tapiola and the music to The Tempest. It represents the culmination of a series of works for violin and orchestra which started with the Serenades op. 69 and continued with the Humoresques opp. 87 and 89. The voice of the violin - Sibelius' mother-tongue - unites with the orchestral writing of a mature and experienced symphonist. All three movements of the op. 117 revolve around themes of the countryside in summer, and its airy solo violin writing is reminiscent of a lyrical, rustic story-teller. As is typical with Sibelius, harmonies occasionally touch a darker, more unpredictable vein, but on the whole this is an unusually direct and uncomplicated work from the mature composer's pen.