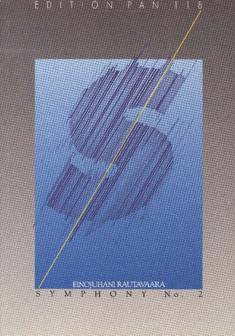 The Second Symphony, written in 1957, was conceived as a direct opposite to the First Symphony of the previous year. The musical material of this four-movement work is derived in its entirety from the 7 Preludes for Piano. The work is intimate and chamber-musical in character. Harmonically its is highly dissonant, and unlike the First Symphony, avoids clear tonal centres thus anticipating the composer's later avant-garde period. The revised version, made in 1984, calls for somewhat larger forces.