Symphony No. 4 — For string orchestra : Score 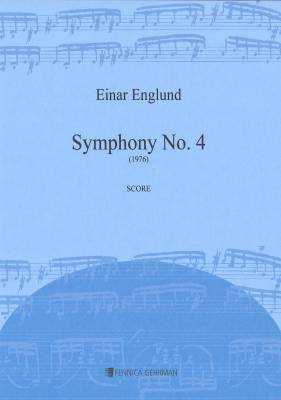 Although the general dedication "to the memory of a great artist" does not mention any particular figure by name, the fourth symphony is known to have been motivated by the news of Shostakovich's death and his influence is clearly to be heard. The work opens in a style reminiscent of an Italianate baroque suite. Tolling of bells and clicking of col legno strings during the second movement (Tempus fugit) reminds us of the brevity of existence, while the "nostalgia" of the work's title characterises the third movement. The dualistic last movement starts in airy mood but is overtaken by a dark and reflective epilogue.