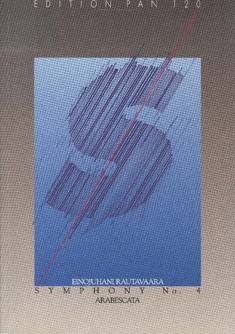 In his Fourth Symphony (Arabescata, 1962) Rautavaara wanted to take to its furthest limits everything he could extract from the constructivism of the Central European avant-garde. The first and third movements are totally serial and the second movement consists of five sections, played without a break, the starting point of each being a graphic image drawn on millimetre graph paper. Rautavaara did not initially call Arabescata a symphony as, in the heyday of modernism, the symphony form was considered to have had its day. But later he revised the work and incorporated it into the cycle as his Fourth Symphony.