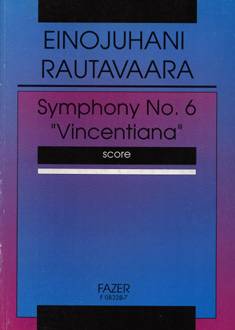 Rautavaara's Vincentiana symphony has its roots in his opera Vincent (based on the life of van Gogh) which had its premiere in 1987. The movements are named appropriately Starry Night, The Crows, Saint-Remy and Apotheosis. The music proceeds out of a motive, depicting a particular work by the artist, to take the form of autonomous symphonic events which give the opera's music a new substance, an expression outside the confines of drama.