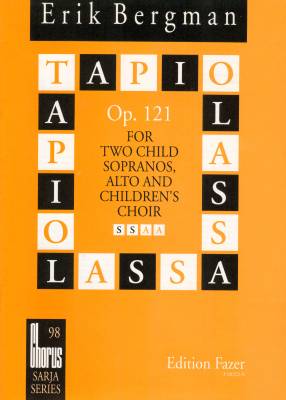 Written for the Tapiola Children's Choir, Tapiolassa (In Tapiola) takes its text from the Finnish folk-epic Kalevala, in particular a section telling of the haunts of the mysterious forest spirit Tapio. The piece unites the ancient songs of the bards with Bergman's own conception of the myth. We are brought into contact with a rough and archaic world, where monody and two-part writing breaks out into free tonality and polyphonic texture. Lyricism is combined with dramatic power and childish playfulness with shamanistic ecstasy.