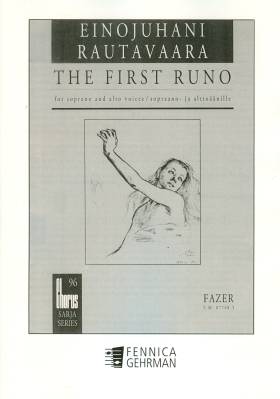 The First Runo is unusual in that it is a setting of part of the Kalevala, the Finnish national epic, in an English translation rather than the original Finnish. Rautavaara has chosen the very first poem of the Kalevala, which describes the creation of the world according to Finnish mythology. Rautavaara uses a shimmering vocal texture to paint an image of the primeval lake. Duration: 8 minutes.