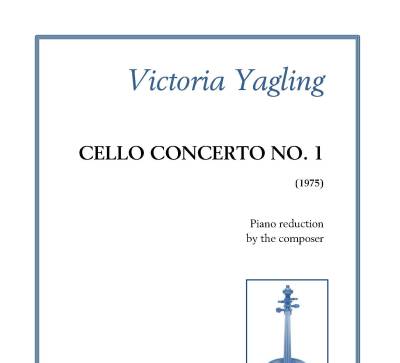 Yagling left a profilic oeuvre, and the three cello concertos are her main works. Her other orchestral works include Finnish Notebook, Lyrical Preludes and the Suite for Cello and String Orchestra. She has also composed solo works (e.g. the Suite for Cello Solo No. 1 chosen as an obligatory piece for the 7th Tchaikovsky Competition in Moscow in 1982), chamber works, including two string quartets, and vocal music. Her expressive, romantically orientated style is Russian in spirit and has grown out of the soil provided by Prokofiev and Shostakovich. Concerto No. 1 for violoncello and orchestra was composed in 1975 and the composer edited the piano reduction in 2004. As a cellist who possessed an exceptional knowledge of her instrument, she carefully marked in her scores all the smallest instrumental details, fingerings included.