O Years and Graves! (PDF) - SATB — From Under the Arching Heavens: A Requiem for mixed choir 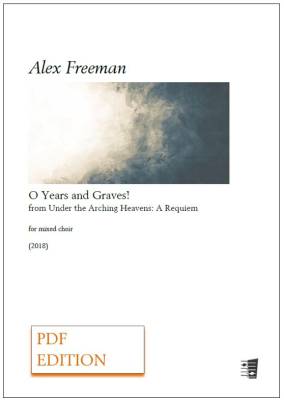 The seventh (final) movement of Alex Freeman's Under the arching heavens: A Requiem (2018), O Years and Graves! (SSSSAAAATTTTBBBB) is composed to texts in English by Walt Whitman, in Finnish by Aleksis Kivi and in Latin (Dona nobis pacem).