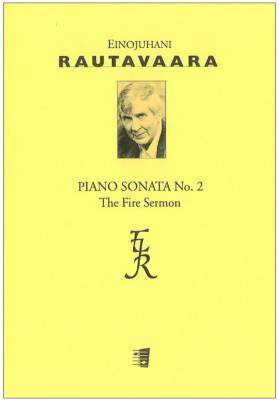 Einojuhani Rautavaara's two piano sonatas share a close family resemblance. Both have a subtitle, but according to the composer they are not programme music. According to Rautavaara himself, the Second Piano Sonata, The Fire Sermon (1970), is simply associated with the words "fire sermon", with no reference intended to the section of the same name in T.S. Eliot's famous poem The Waste Land. Rautavaara's piano style is at its most sumptuous in the sonatas. It is characterized by chorale-like chord textures and rolling arpeggios, based on rich harmonies often built up of thirds; in the climaxes the music is crammed into dense clusters.