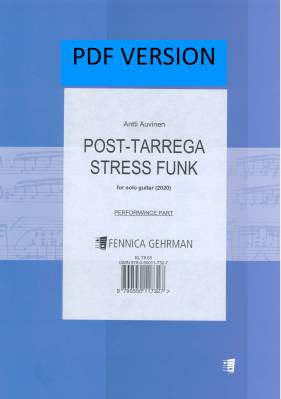 THIS IS A DOWNLOADABLE PDF PRODUCT.

A PRACTICE SCORE IS INCLUDED IN THE DIGITAL VERSION.