Sydämeni laulu (PDF) - SATB — From Under the Arching Heavens: A Requiem for mixed choir 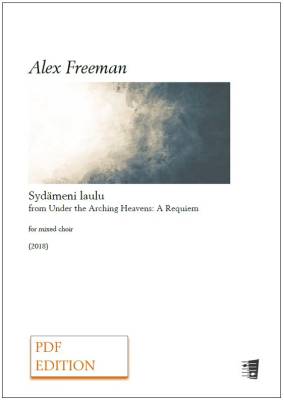 First movement of Alex Freeman's Under the arching heavens: A Requiem (2018), Sydämeni laulu (SSSSAAAATTTTBBBB) is composed to text in Finnish by Aleksis Kivi.

Duration: c. 8 minutes. Have a look inside by clicking "sample".