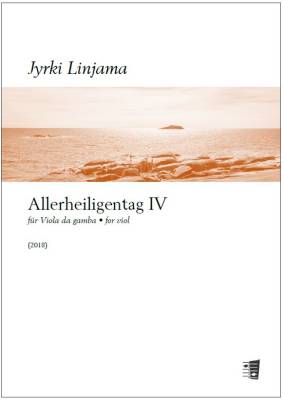 The material for Jyrki Linjama's Allerheiligentag cycle is a Finnish folk chorale for All Saints' Day (no. 146 in the Finnish Hymn Book). The first work in the cycle is a string trio (2007), the second a piece for orchestra (2009), and the fourth and fifth are solo works for viola da gamba (2019) and violin. The composer tells: "The choice of topic and material was originally influenced by the place where the string trio would be premiered - the old church on the island of Seili (Själö) in the Turku archipelago. The bleak history of the mental hospital on the island invited images of suffering and death. I got so attached to the fine, bleak melody that this series of works began to emerge."